Situated in the middle of the Bay of Riga, Latvian capital attracts millions of tourists each year. The city that can be described as an 800-year-old museum with a turbulent past that is painted in vivid modern colors. Residents of Riga defiantly describe their city as the birthplace of the Baltic party scene.

It’s no wonder why so many people lose their breath while observing the world’s largest collection of Art Nouveau edifices – it is just gorgeous to behold such architecture! How it came to be that city with such harsh history earned the title as the “Paris of the North” is nothing short of a miracle. In this article, we will try to give you an example of what it means to touch the Baltic crown jewel in order to understand what the commotion is all about…

Judging from afar, Riga must be one of Europe’s hottest stag do weekend destination. Tourists from all around the world leave this city speechless and positively surprised. When taking into account the money they spent on all the amenities, it’s no wonder why everyone wants to go back.

With a mixture of Western sensibilities touched with Eastern-like prices, Riga is becoming number one stag do destination in Baltic Europe. It offers neverending options for discovering the nation’s cultural heritage while also preparing you for craziest nights under the northern sky. With a large variety of activities to choose from both during the day and night, Riga took the lead as the Baltic party capital. 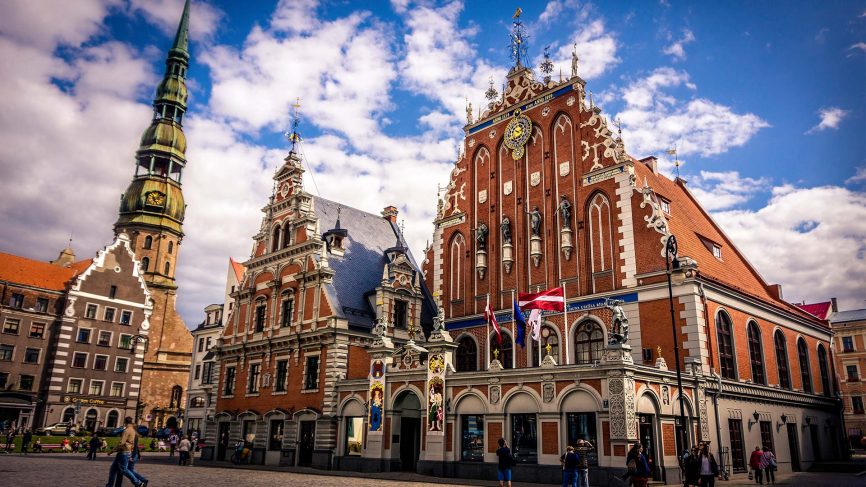 Every empire that conquered Latvia left a permanent mark. From German knights to Soviet commissars, everyone who laid bricks in this city gave it a layer of character. Residents of Latvia will tell you with a heavy soul that it’s nothing short of a miracle that everything is kept in such pristine condition. No city in Europe can proudly state that nearly half of it is under UNESCO protection as a World Heritage Site. Start your exploring from the middle of the city where you will find Riga central market, an extraordinary example of traditional Latvian soul.

Not far from it you will find famous St. Peter’s Church as well as Riga Cathedral. For a fairly small city, there is so much to be seen and recorded. And how about those colorful wooden households that gave Latvian postcards international fame. Not to mention that this city is a proud owner of the largest collection of Art Nouveau buildings in the World! Everywhere you look you will remain speechless, so remember to take your time exploring Riga’s body and soul.

And how about all those gorgeous Latvian women?

Latvia went through some hard times in the last couple of decades. The fall of Communism and mass migrations left an unerasable mark on its people. Riga today is a city that has a peculiar disproportion in its demographics. Too many women compared to too few men is something you will encounter during your visit.

How can we forget the fact that Riga has more female models per capita than any other city in the world! Well, maybe not all of them are models yet stories of their Latvian beauty reach far and wide. And for a good reason! These women will be more than happy to light the fire at your bachelor party that you will most likely never forget.

If you plan to organize an unforgettable bachelor party weekend for the groom-to-be with less spending and a lot more fun, then Riga comes as a perfect option. The unique mixture of Western-like architecture and generous Eastern-like hospitality is least you can hope for.

With hundreds of reasons to party and explore, you will find yourself begging your stag do entourage to stay just a bit longer before “The Big Day”. And for all that was worth, you will surely return to Latvia’s capital long after shouting those fateful words: “I do!”