If you’re visiting Las Vegas with your family, despite being known for its wide variety of adult entertainment, there are a lot of things to do for the entire family and I’m not just talking about staying on the famous Las Vegas strip. It is also one of the luckiest places in the world, so you might want to put in a ticket in some big lottery like the EuroMillions because it might just get you places. Depending on your tastes, there are dozens of great attractions for a family friendly vacation in Las Vegas, whether you want to see a show, visit a museum or the great outdoors.

The Springs Preserve is located just a few miles from the Las Vegas strip. Named Las Vegas “Best Family Attraction” by the Las Vegas Review Journal, The Preserve features museums, live shows, galleries and interactive exhibits. Outdoors there are botanical gardens and a nice walking trail system through the wetland habitat. The Preserve hosts special events, festivals and outdoor concerts throughout the year as well with special classes on the weekends for children.  There is a Wolfgang Puck cafe on the grounds and a gift shop. For a complete list of activities, visit springspreserve.org.

The Adventuredome is located on the Circus Circus property on the Las Vegas strip. Featuring 25 thrilling rides including a huge video arcade, 18 holes of minature golf, bungee jumping, rock wall and three 4D FX theatre featuring the latest family friendly 4D features.  Voted the “Best of Las Vegas” in 2010 in the Las Vegas Review Journal, the park has rides for all age groups and free clown shows several times a day. It is the only indoor theme park in Southern Nevada and is open year round.

If you are an outdoor enthusiast or just appreciate the natural beauty of the great outdoors, Red Rock Canyon is a must see.  Located just a few miles outside of Las Vegas, Red Rock Canyon National Conservation area is home to a variety of local fauna and wildlife including wild burros and the endangered desert tortoise. There are scheduled hikes for ages 12 and up and campsites are available. Ideal times to visit Red Rock are the months of late September through early November, and in the spring months of late March through May. 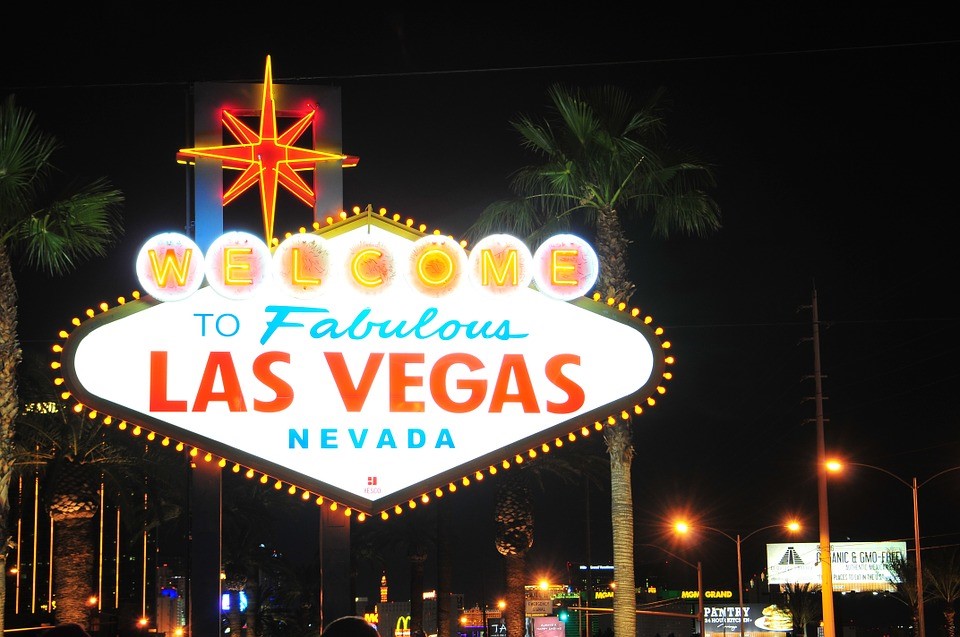 Bonnie Springs is actually located in Red Rock Canyon, just ten minutes west of Las Vegas. The ranch was originally built in 1843 as a stopover for wagon trains going to California. In 1952 it became a tourist attraction with a fine dinner house, zoo, motel and pony rides for the grandchildren. There is a live outlaw show Wednesday through Sunday and a guided horseback ride all week long. There is live entertainment every Saturday night in the ranch restaurant.  Bonnie Springs is a great place to spend a night away from the city for an old west experience.

Located on Las Vegas Boulevard, the museum is one of the largest children’s museums in the world with over 100 hands on exhibits.  In addition, the museum also hosts a variety of traveling exhibitions throughout the year.  There are several daily and featured scheduled programs throughout the day for kids of all ages. Winner of numerous awards, the museum is open Tuesday through Sunday during most of the year and open on Mondays during the summer. For more information and program schedules, contact ldcm.org.

The shark reef aquarium located in the Mandalay Bay offers an underwater view of some of the sea’s most exotic creatures. The 1.6-million-gallon aquarium is home to all kinds of sharks, giant rays, jellies, sea turtles and schools of fish. For the stout of heart, dive certified Mandalay Bay and annual pass guests have the opportunity to dive in the 22-foot-deep Shipwreck Exhibit, surrounded by sharks, rays and other denizens of the deep!  The package includes a video of the dive and a guided tour of the aquarium.

This show at the Excalibur Hotel and Casino is open for all ages. There are two options, a three course dinner show (you eat with your fingers!) with children under four free or dinnerless admission. The show features jousting knights, fireworks, medieval melee battles and dancing. The early show is a 6 pm every night but Tuesday. Excalibur also has a large midway downstairs with a variety of games and several motion movie theater rides.

This is one museum you won’t have to drag your teenage boys to. Since its opening in 2006, the Pinball Hall of Fame houses the world’s largest collection of original, lovingly restored pinball machines. Games range in age from the 1950s up to the 1990s, with a few arcade games from the past.  There are also some rare pinball machines as well, like The Lord of the Rings machine (only 500 were ever produced, and there are two at the museum). A great place to spend time with the family playing pinball. All of the machines in the Hall of Fame are playable with the proceeds going to the local chapter of the Salvation Army.

Located at the Mirage Hotel and Casino, the garden exhibit features some of the rarest wild cats in the world, including snow leopards, black panthers, white lions and white tigers.  The 2.5-million-gallon dolphin habitat is home to several Atlantic Bottlenose dolphins. Guided tours are available. For those 13 and up, there is a Trainer for a Day package available that allows you to work with the dolphin care specialists. You’ll get to help train, play and get in the water with them for an unforgettable vacation experience.

Conveniently located on the Las Vegas strip, the Showcase Mall is home to M & M World, the Coca Cola Factory and GameWorks.  M & M World offers tons of chocolate themed fun with various M & M themed merchandise. There is a free 3D featurette, “I Lost My M in Las Vegas” that plays on the third floor. The World of Coca Cola is a working factory, producing coke in 10 oz bottles. The shop features the history of the beverage and thousands of Coke themed items. GameWorks is located in the basement of the mall. Developers Steven Spielberg, DreamWorks, Universal Studios and Sega teamed up to create some unique multisensory games based on Star Wars and Jurassic Park.  There is also Virtual Bowling and classic pinball and video arcade games.