With cigarette smoking the leading cause of preventable deaths around the world, it’s not surprising that governments everywhere are doing everything they can to try and get people to kick the deadly habit. Increasingly, that’s being achieved by promoting vaping as an alternative. People still get the nicotine buzz they crave, but without the dozens of carcinogenic materials found in burning tobacco.

In case anyone is any doubt as to the harm cigarettes cause, here are the facts, courtesy of the World Health Organization. Half of the people smoking today will die, making a grim total of 7 million tobacco-related deaths around the world each year. Equally shocking, second-hand smokers account for close to 1 million of that global death toll from this addictive pastime that’s increasingly being frowned upon (US deaths from tobacco are at least 480,000 per year).

New Zealand is among a growing number of countries that have declared their intention to try and go entirely smoke-free in the coming years. The country’s politicians recognize that not everyone is going to quit cigarettes, so they’ve set a goal that by 2025, less than 5% of the population of almost 4.7 million people will not be smoking. They plans to do this by shielding children from cigarette ads and promotions, reducing tobacco supplies and providing support for those who want to stop smoking.

Other nations, including the UK, are following suit and seeking ways to get people off tobacco. Doctors at the Royal Society of Medicine — one of Britain’s most prestigious medical institutions and one that dates back to 1805 and includes such legendary luminaries as Charles Darwin, Louis Pasteur and Sigmund Freud as honorary fellows — are to meet later this month in London to discuss the issue.

“The purpose of this meeting is to explore the strategies that will enable the countries of the United Kingdom to become tobacco-free,” the Society said of the event, titled Winning the End-Game Against Tobacco. “It will look at the opportunities that arise from legislation, health education, treatments supporting smoking cessation and the contribution of advocacy.”

Already in the UK, several leading bodies have conducted in-depth research into vaping as a way to get people off cigarettes, and they have given the increasingly popular e-cigarette the thumbs-up.

The equally prestigious Royal College of Physicians has published a report on vaping and concluded that “e-cigarettes are likely to be beneficial to UK public health”, calling on them to be widely promoted. “Smokers can therefore be reassured and encouraged to use them, and the public can be reassured that e-cigarettes are much safer than smoking,” it said.

In the same vein, one of the UK’s top cancer charities, Cancer Research UK, conducted a long-term study into vaping and found that e-cigarettes were “safer than smoking. Cancer Research UK-funded scientists found that people who swapped smoking regular cigarettes for e-cigarettes or nicotine replacement therapy for at least six months had much lower levels of toxic and cancer-causing substances in their body than people who continued to use conventional cigarettes,” the organization said. 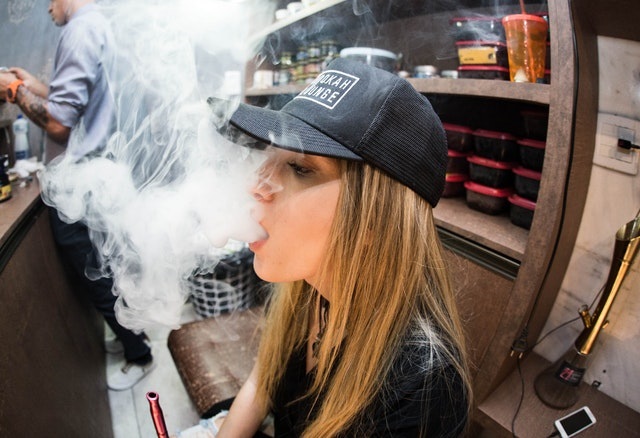 Here in the United States — where people can easily get e-cigarettes from a good vape shop — while there’s no such plan currently in the works, the Food and Drug Administration is moving ahead with a proposal to lower the nicotine content of cigarettes to “non-addictive levels.” This, it is believed, may turn out to be a boost for the vaping industry, as more people turn to e-cigarettes, whose e-liquid refills contain differing levels of nicotine, to get their desired hit.

“The overwhelming amount of death and disease attributable to tobacco is caused by addiction to cigarettes — the only legal consumer product that, when used as intended, will kill half of all long-term users,” FDA Commissioner Scott Gottlieb said. “Unless we change course, 5.6 million young people alive today will die prematurely later in life from tobacco use. Envisioning a world where cigarettes would no longer create or sustain addiction, and where adults who still need or want nicotine could get it from alternative and less harmful sources, needs to be the cornerstone of our efforts — and we believe it’s vital that we pursue this common ground.”

And even the government’s own advice on vaping is coming under fire. Last year, the Surgeon General said that vaping among young people was becoming a major public concern — but a re-analysis of the data used for the assertion proved that the conclusions may have been wrong.

New research into the Surgeon General’s warning about vaping found it “does not appear to be supported by the best available evidence on the health risks of nicotine use and population survey data on prevalence of frequent e-cigarette use.” It added that “The next US Surgeon General should consider the possibility that future generations of young Americans will be less likely to start smoking tobacco because of, not in spite of, the availability of e-cigarettes.”